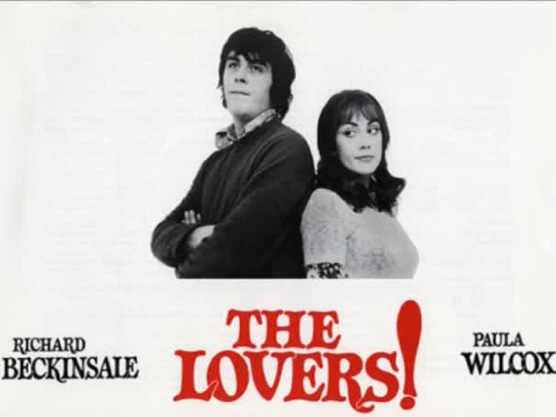 Manchester city centre. Monday 14th May 1973. Quarter past seven in the evening. The Odeon on Oxford Road. The stars are gathering.

Manchester’s ‘Glitterati’ were out in their finest for a Gala World Film Premiere. Tommy Docherty, Paddy Crerand and Pat Phoenix. Joe Royle and Colin Crompton. Tony Christie and Doris Speed. It was the creamy froth of northern talent assembled from the world of TV soaps, comedy and sport and they were here to watch a new feature film written by a lad from Cheetham Hill and filmed almost entirely in the city. It could only be The Lovers!

The ailing British film industry’s last throw of the dice to try and prise people off their sofas was to present big screen versions of the popular TV sitcoms that had been keeping them away from the pictures in the first place. The Lovers! was one in a long line of both BBC and ITV sitcom spin-offs to hit the big screen. It was a glorious list that included Till Death Us Do Part, Steptoe and Son, On The Buses, Dad’s Army, Nearest and Dearest, The Likely Lads, Porridge, Man About the House, Are You Being Served, Love Thy Neighbour and Rising Damp. At their height some of these shows were getting TV audiences of 12 and 13 million so it seemed to make sense to bring them to the big screen.

As West Indian cricket star Clive Lloyd shared vol-au-vents in the Odeon foyer with Scouse TV comedian George Roper it is worth coming out of the cinema doors on premiere night May 1973 and looking down Manchester’s ‘West End’. At first glance, all seemed rosy. Picture houses were still open for business. 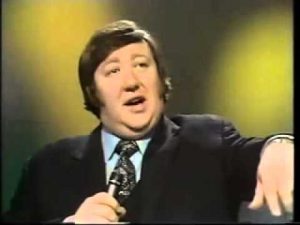 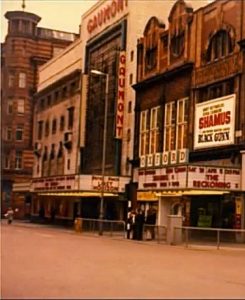 Manchester’s cinema in rude health? It was certainly rude judging by the amount of X certificate films showing in the city. But in truth not even the installation of ‘Sensurround’ at the ABC cinema on Deansgate in the early 70’s was enough to save it. The alarm bells had already started ringing with the closure of the Theatre Royal cinema on Peter Street in August 1972, its last film being a rerun of The King and I on its huge Cinerama screen. Yul Brynner and Deborah Kerr in glorious technicolour were unceremoniously dumped and replaced by bingo.

Like the ‘Great British Empire’ lavish Hollywood musicals were a thing of the past. When the remake of Lost Horizon opened at the Gaumont on the Easter weekend of May 1973 it hoped to enjoy the success of The King and I and The Sound of Music. On paper it worked. Lost Horizon had a big budget and was good clean family fun, a throwback to the golden age of the Hollywood musical. It had the stars – Peter Finch, Michael York and  John Gielgud playing a character called Chang with taped back ‘oriental’ eyes. In an attempt to appeal to all ages the film also starred the sex siren of the day, Olivia Hussey, and in a nod to Old Hollywood, the geriatric Charles Boyer as the High Llama. It had song, dance, cute kids, exotic costumes, elaborate sets left over from the film version of Camelot and an upbeat feelgood musical score written by the fashionable Burt Bacharach and Hal David.

In the mid-1960’s The Sound of Music played at The Gaumont for a record breaking two and a half years. Less than a decade later, Lost Horizon was booked at the city’s premier cinema for the season to play on its giant 70mm screen. The publicity said it was ‘The Musical That Will Last Forever’. It lasted six weeks and then disappeared without trace even from Manchester’s suburban fleapits. Eight months later the Gaumont sold off its famous Wurlitzer organ and promptly shut down altogether. Lost Horizon killed off the creative partnership between Burt Bacharach and Hal David. They never worked together again after the film flopped. Arguably, Lost Horizon also killed off the Manchester Gaumont.

Michael York and Olivia Hussey, the doomed lovers from Lost Horizon, agonised over their decision whether to forsake Shangri-La, the secret Himalayan valley of youth, and return to Western civilisation to face old age, war and fines for non returned library books. Richard Beckinsale and Paula Wilcox as Geoffrey Scrimshaw and Beryl Battersby were the not so doomed romantic leads in The Lovers! They agonised over whether they could ever lose their virginity in the front parlour of their parents’ house in suburban Chorlton-cum-Hardy.

In truth, neither of these 1973 films were going to bring the TV obsessed public back to draughty 1930’s picture houses in droves. The celebrity opening of The Lovers!, with the tagline on the posters outside announcing ‘GEOFFREY AND BERYL ARE AT IT AGAIN!’, papered over the widening cracks appearing along Oxford Street, the city centre’s traditional entertainment axis. That said, it is one of the better big screen outings for British sitcom. This was due to a charming script courtesy of the TV programme’s creator, Mancunian Jack Rosenthal, as well as the quality of the two leading actors.

Filmed on location in Manchester, The Lovers! (AA certificate) was set not only at a time when city centre cinema was in a long drawn out terminal decline but also at a time when the retail heart of Manchester was on the brink of major redevelopment.  The film is a nostalgic visual record of a pre-Arndale Centre Manchester. Buses and cars in St Anne’s Square. George Best and Mike Summerbee’s boutique on the corner of Bridge Street. A rooftop view of Lewis’s and Debenhams from the top of the Piccadilly Hotel. Not to mention a sponsor free Old Trafford. 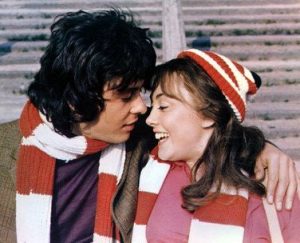 Geoffrey and Beryl at Old Trafford 1973

The local ‘glitterati’ attending the film premiere on this Friday night in May were described by the Manchester Evening News as ‘A Host of Stars’. As well as the film’s cast, which included the doleful John Comer playing Geoffrey’s dad, the stars in attendance were drawn largely from Manchester sport and from Granada TV. Coronation Street actors were out in force, including the city’s real golden couple –  Alan Browning and Pat Phoenix. They played Alan and Elsie Howard, married on screen and off. 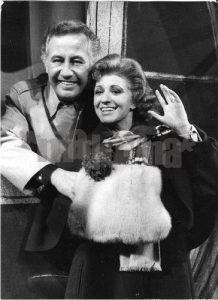 Manchester’s Colin Crompton and Liverpool’s George Roper were also there from Granada-land’s other big TV hit from the early 1970’s – The Comedians. This ITV show attracted audiences of 7 million and Granada was soon to make an even bigger star of Colin Crompton with TV’s The Wheeltappers and Shunters Social Club. 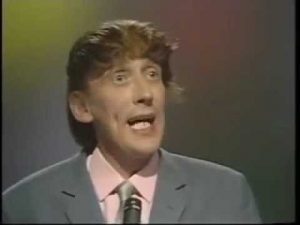 TV was dominated by northern variety acts and some of them were even Victorian. In the week when The Lovers! had its Manchester premiere BBC1’s old time music hall format The Good Old Days was also attracting 7 million viewers. The stars may have come out to the Odeon on a Monday night in May so they could have their photo taken. But most of the population were sat at home, watching Top of the Form, Z Cars, The High Chaparral, Bless This House and, of course, Coronation Street.

And why catch a bus into town to watch Michael York and Olivia Hussey search for the secret pass leading through the snowy peaks of Shangri-La when you can sit at home and watch Len Fairclough install girlfriend  Rita Littlewood as manageress at The Kabin.