The Wharfedale Men Who Marched Away 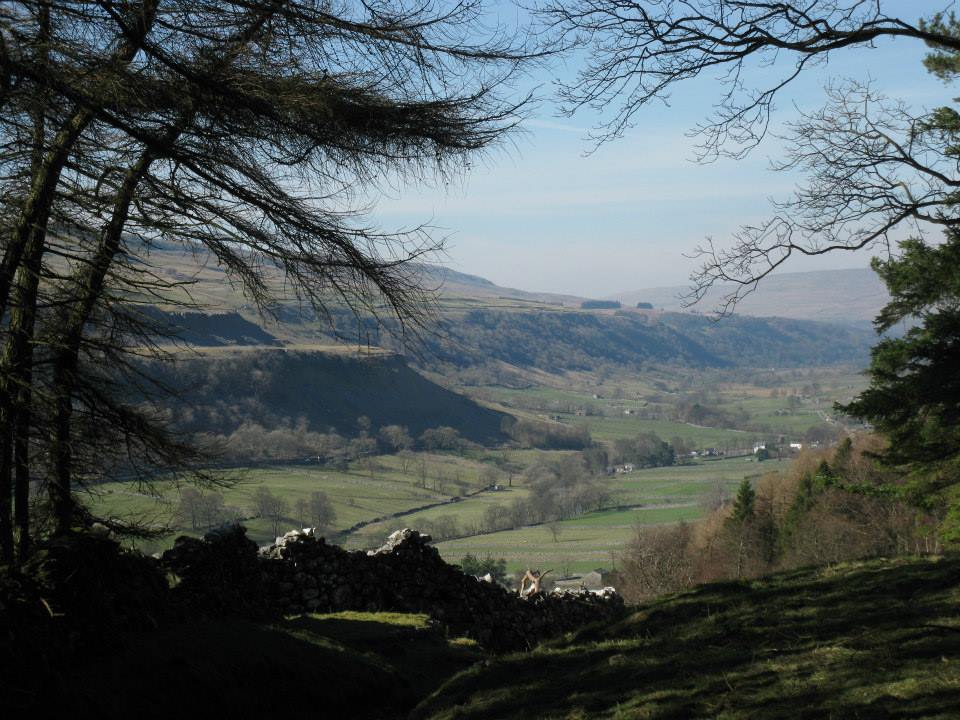 Upper Wharfedale is particularly special this time of year when jelly-legged lambs sway unsteadily in biting winds and the distinctive trills of the curlew, oystercatcher and lapwing make a welcome return to the riverside pastures. For the mid-week rambler the busy calls of the breeding birds are the most audible sign of life in the dale, save for the distant engine rattle of a farmer’s tired tractor being forced up impossibly steep tracks through unseen gaps in limestone crags.

Part of the timelessness of this, the most inviting part of Wharfedale, lies in the still silence of its village churches. Just as it is easy to link a series of inviting inns from Hubberholme down to Kilnsey, anyone interested in ancient churches and their stories, by turns both uplifting and sad, can have an enriching experience along the stretch of the Rivers Wharfe and Skirfare that take in the village churches of Kettlewell, Arncliffe and Hubberholme.

It was the antiquities of these Norman places of worship that brought a young Alan Bennett cycling up the dale from Leeds. He was particularly moved by the memorial on a pillar in St. Michael and All Angels Church, Hubberholme, to the young men of the upper dale killed in action 1914-1918.

Whilst the birds from the estuaries return to breed in Wharfedale every year, it was the thought of the men who never got the chance to come back home to the West Riding from the Great War that formed the background to my walk on a glorious day this March. This being the centenary year of the outbreak of the war to end all wars, perhaps our walks in 2014 should make a point of visiting village and church war memorials and hopefully considering them more closely. After all, they are more than a list of names.

My walk linked three picturesque churches. Starting with St Mary’s Church in Kettlewell, the ‘capital’ of the upper dale, I climbed up and over the windy limestone spur that separates  Wharfedale from its equally impressive tributary, Littondale, to visit the Church of St. Oswald’s, Arncliffe, which sits on the snowdrop clad banks of the fast flowing River Skirfare. From here via the village of Litton there is a steep and steady climb on to Old Cote Moor Top, with a summit of nearly 2,000 feet, following the old ‘Corpse Way’ that once linked Buckden with the church at Arncliffe. The final church visited is the perfectly situated St. Michael and All Angels at Hubberholme, an inspiration for Bradford playwright J.B. Priestley.

These churches are little treasure houses of history that chart the life of Wharfedale and its people from the Middle Ages to the present day. Thankfully they are usually unlocked for visitors and their porches alone – which will soon be welcoming nesting swallows – are a great rain shelter for ramblers eating their butties.

There is a little memorial garden in Kettlewell to those of the village and neighbouring Starbotton who died in the two world wars. Six men from these villages died in the 1914-18 conflict and individual memorials can be found in the form of beautiful stained glass windows in St. Mary’s Church. Most moving is the East Window of three illuminated panels depicting a guardian angel overlooking two soldiers – one on sentry duty, the other sat by a campfire. This is a memorial to 18 year old Charles Hyne, a lieutenant in the Irish Guards, who on November 31st 1916, ‘gave his life for England’.

The four mile walk from Kettlewell to Arncliffe followed the well used path through the old limestone quarries and over the end of the hill spur that gives a good view down the perfectly formed glacial valley of the Wharfe to Kilnsey Crag. The path drops to the hamlet of Hawkswick, crosses the footbridge over the River Skirfare, and follows paths through fields alive with flocks of oystercatchers to bring you to the brightly coloured flowers blooming in the graveyard of St. Oswald’s. 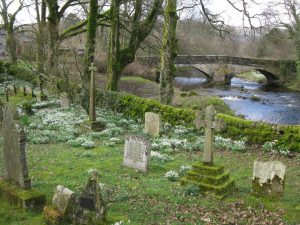 The churchyard at Arncliffe

Inside the church is a wall memorial to the thirty-four men of Littondale who fought in the Great War. Many of the names listed share the same surname – like Ingleby, Simpson and Mallaby. Thankfully it appears that most of these men came back , only two – Private P Hodson and Private T. Ingleby – listed as dead. The most impressive thing about this list is that over thirty men left this little dale for war. At a time when sheep farms ran on hard manual labour, work must have been left to both the older generation and to the women.

On the wall at the tower end of St. Oswald’s is a very unique war memorial to a much older conflict. War memorials prior to the 19th century are rare indeed yet here is one to the local dales men who died in the Battle of Flodden Field 1513. This Northumbrian battle between the Kingdoms of Scotland and England killed thousands and in Arncliffe Church, thirty-five men are listed as having taken part in it. Some four hundred years separate the two war memorials in this little church – a stark reminder of the little progress mankind has made towards peace over the centuries. 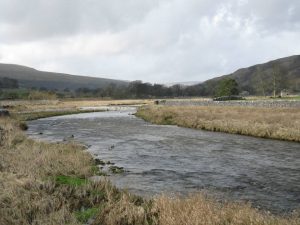 The walk continues up the dale to Litton where there is no church. St Oswald’s was the mother church hereabouts and no burials took place at the chapel in Hubberholme, instead corpses were carried over the moor to be placed for burial in St. Oswalds. The medieval corpse road – still a public bridleway – is followed over Old Cote Moor Top and drops down into Upper Wharfedale at Redmires Farm. Carrying corpses up and over a 2,000 foot moor must have been fun in winter – and there is a 15th century account of losing a coffin in the swollen Wharfe.

The third church visited is one of the most photographed in the whole of the Dales. St. Michael and All Angels at Hubberholme has the most poignant reminder to the local men who fought in the Great War as it is accompanied by grainy old photos of most of the  fallen soldiers. Nine men of the parish of Buckden died in action, all within the years 1916-1918. The youngest was nineteen, the oldest was forty-seven.

The names listed on the war memorials of these three Upper Wharfedale churches alone show that seventeen men from just a handful of villages died in action in 1914-1918. This was just a few square miles of two limestone dales in one small corner of the Craven district of the West Riding.

The easy walk back down the valley from Hubberholme to Kettlewell is a lovely five mile plod along the riverside following the waymarked Dales Way. Apart from meeting a handful of ramblers at the Starbotton footbridge and a contractor chainsawing storm damaged trees in the fields, the walk back was a solitary one in the company of the birds. The lambs had not arrived yet but the memory of the photographs of the uniformed soldiers in Hubberholme church reminded me that they were all lambs to the slaughter. In the horrors of the trenches how the men of Wharfedale must have dreamed about hearing once again the calls of the curlew, oystercatcher and lapwing. The familiar sound of home. 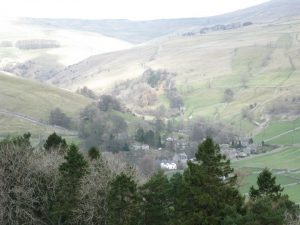