Lament for the Ordnance Survey 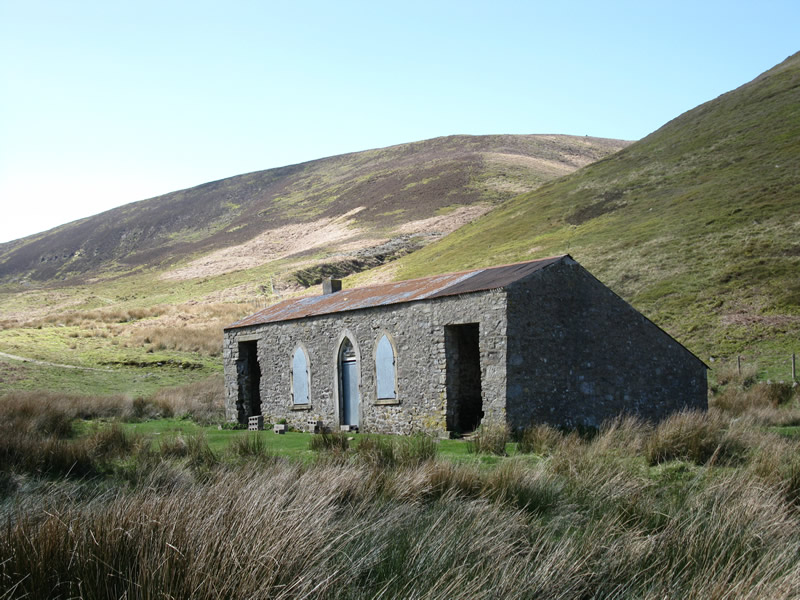 Kids in bed and the prospect of the next day free to spend walking on the hills, I was in my element. I spread out the OS Explorer map of the Forest of Bowland across the living room floor. A better read than any book, this familiar map is not just a paper record of my life past but an inviting glimpse of my life not yet lived.

But if reports in the national press are to be believed, the death knell has been sounded for the paper version of the Ordnance Survey map. Everyone is using hand-held digital devices these days. We can let the cumbersome, two-sided orange Explorer map fly away with the wind as we struggle to unfold it in deckchair-fashion at 2,000 feet. It will soon be replaced in ramblers’ affections by all singing all dancing GPS sat-nav systems that will accurately pinpoint our position, give a running commentary (a feelgood robotic voice imitation of Julia Bradbury), map the route, give a lovely 3D print out at home, warn us if we are about to fall off a cliff, fire off distress signals and probably, in the fullness of time, make our butties and fill the flask.

Sounds good? Well I’m having none of it. Luddite that I am there is no need for all this fancy digitrickery. Reading the familiar Bowland map I can follow with my mind’s eye the paths that I have already walked and it brings back real memories of good company, weather, lunch stops and encounters (human and animal) along the way. More poignantly, just through studying the map, I can recall the happy days spent walking my dog Dolly, the border-lakeland terrier who had fourteen years of escapades on the fells.

This flimsy map – well, actually it is the bulkier laminated version that weighs heavier than a portable GPS – is not just a diary of walks past. It is the gateway to walks to come. A thirteen quid portal to adventure. As I perused the map looking for possible routes, I realised that although I knew Bowland well, I actually knew it hardly at all. Having roughly planned a circular expedition north and south of the Trough road from Dunsop Bridge, the map is a riot of landscape features and names I had not yet encountered.

OS map names like ‘Beasley’s Steady’ and ‘David’s Tomb’ on the moorland west of the trig point on Totridge; marked springs, waterfalls and cairns along the upper reaches of Bleadale Water; the steep-sided little valley formed by Hareden Brook, which along its short length has two shooting lodges recorded on the OS map. These were all undiscovered geographical features I could find on foot thanks to my map, which also confidently informs me that this area is all open access land.

The main aim of my planned walk was to climb Totridge, a distinctive fell with a steep-sided western flank that overlooks the Hodder Valley from Dunsop down to Whitewell. Then I intended to head south-west across the peat bogs of Bowland’s southern fells before turning north and following the length of Bleadale Water from its lush sphagnum springs to the glorified animal shelter of Langden Castle where it enters Langden Brook.

The OS map does of course help place my walk in the greater context of Bowland geography. The rivulets and creeks seeping from the islands of overhanging peat on the vast sponge of Bowland’s southern fells run into a series of little valleys like Hareden Brook and Bleadale Water. These in turn feed into the tributary of the River Hodder, itself the major tributary of the mighty Ribble flowing westward to the Irish Sea coast beyond Preston. It is difficult to grasp this understanding of this immediate landscape from a tiny hand-held screen, only a close study of OS maps helps to decipher the many complex landscapes of the British Isles. 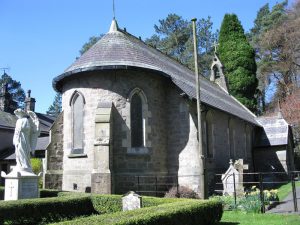 I set off on my walk from Dunsop Bridge and followed the Trough Road towards Lancaster. I had two hand-held devices – my camera and my OS Explorer OL 41 map. First stop was a look around the lovely Victorian Roman Catholic church of St. Huberts on the outskirts of the village. Alfred Wainwright sketched this for ‘A Bowland Sketchbook’ – a man who gained his thorough knowledge of northern landscapes from the OS one inch map series. The dark, richly decorated interior of this church includes a framed painting of a racehorse, the same image being repeated on the ceiling above the left-hand side of the altar below the Towneley family coat of arms. The Towneleys owned the vast Bowland estate in the 19th century and their horse, Kettledrum, won the Derby in 1861. It is thought the racehorse’s winnings part funded the building of St. Hubert’s.

From the church another half a mile along the Trough Road leads to the little side valley of Hareden with its 17th century farm. I crossed Langden Brook here and started to climb steeply up the bridleway that leads over the hill to Chipping. A permissive path leads off this and climbs the even steeper western flank of Totridge, the 1627 feet summit trig point sitting on a shrinking tussock island surrounded by a sea of brown peat. A plaque on the trig point has been erected to the fell runner Bill Smith (1936-2011) who was found dead in a peat bog with the return train ticket to his home in Liverpool still in his pocket. This high point at the south-eastern tip of Bowland reveals its best views towards Burholme and the Hodder Valley, to Clitheroe, Pendle Hill and the Three Peaks of Yorkshire. 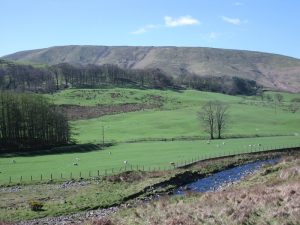 The walk here along the boggy plateau to Fair Snape Fell is where the OS Explorer map comes into its own. Using the ‘handrail’ of the solitary fence line marked on the map to guide the way, the confident walker can wind a slow way through the deep rivulets and the high banks of peat in search of firmer ground. The little black dots marked on the map following the fence line also tell me that this high featureless ground is the boundary between two extensive rural Bowland parishes. Apparent features marked on the map, the aforementioned ‘Beasley’s Steady’ and ‘David’s Tomb’ reveal little of interest, just tangles of heather and slowly seeping springs, motionless trickles of water beginning their long circuitous journey to the west coast.

I left the plateau top path on Saddle Fell, striking a northerly path through deep heather that left the last navigational aid of the east-west running fence line behind. Following the little streams downhill, the headwaters of Bleadale Water, walking through the patchwork of spongy moss and crackling heather was like cautiously picking my way through a minefield as startled pheasants blew up beneath my feet and exploded with a rattle into the air. Eventually I dropped to the dark brown brook itself, cascading steeply downhill in little waterfalls through a lush Amazonian gorge of sphagnum and silver birch. It seemed to me like I had stumbled upon the last undiscovered corner of England. 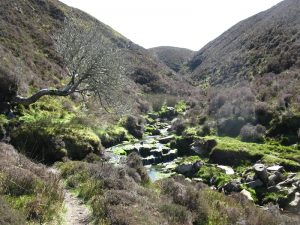 Only in the lower reaches of the valley did I encounter walkers, several of whom congregated around Langden Castle, a name on the OS map that promises much but sadly disappoints. Its gothic arched window frames suggest it may have been a shooting lodge but it is now a ramshackle shelter with a corrugated roof. It is here that Bleadale Water and numerous other brooks flowing down from the fells converge in a large wet pasture to form Langden Brook. It is here to that my muddy boots met the firm ground of the stone track running west to east from the moorland watershed of Fiendsdale Head to the Intake on the Trough Road. 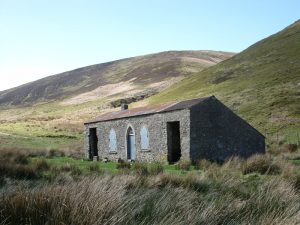 A quarter of a mile downstream of Langden Castle I come across an immaculate green painted signpost of the Peak and Northern Footpaths Society, one of the few I have encountered in Bowland. I never miss the opportunity to inform people that this organisation is one of the oldest footpath preservation organisations in the world. Formed in Manchester in 1894 (a plaque on the old YMCA building in Peter Street records the society’s first meeting), the signpost is a reminder that Lancashire was at the forefront of the earliest battles for public access to moorland.

The stone track leads down to Langden Intake, a reminder that the tributaries of the River Hodder have been utilised for water supply since late Victorian times when Blackburn Corporation diverted water from Bowland to stock the reservoirs of its expanding industrial town. On one of concrete jetties at Langden is the life-size nude sculpture of a water nymph ‘Miranda’, created by a Preston water engineer, George Aldersley, in the 1950’s. Past the waterworks’ houses I reach the snack bar on the Trough Road but pick up the permissive path alongside the Langden Brook that leads back to Hareden and walk the last mile along the road back to Dunsop.

Another memorable day’s walking. If I had attempted my modest Bowland traverse without the OS map and just used a satnav device, not only would I probably have got lost (due to my own gadgetry inadequacies), my experience of Bowland would have been a very narrow and uninformed one. Walkers who cast aside the OS map will suffer the same fate as motorists who have come to rely on in-car sat navs instead of the £1.99 road atlas easily picked up at the nearest petrol station. They may be able to find their way but will have little understanding of where places are in relation to each other. I was never a boy scout (even as a child affiliating myself to some semi-militaristic uniformed youth movement never appealed) but I have always appreciated the joys that acquiring the primitive skill of map reading can bring.

In my dotage, when I want to recall this wonderful day’s hike in Bowland, I could switch on my computer and print out the multi-coloured gradient graph. But more likely I will pick up my tatty OS Explorer Map OL41, lay it out across the floor, and run my wrinkled finger along the line of the marked paths. Each field boundary, contour and brook, so meticulously recorded by surveyors long dead, will bring the flicker of remembrance of past adventures with dogs and friends in my declining mind.

The demise of the OS paper map has been greatly exaggerated.